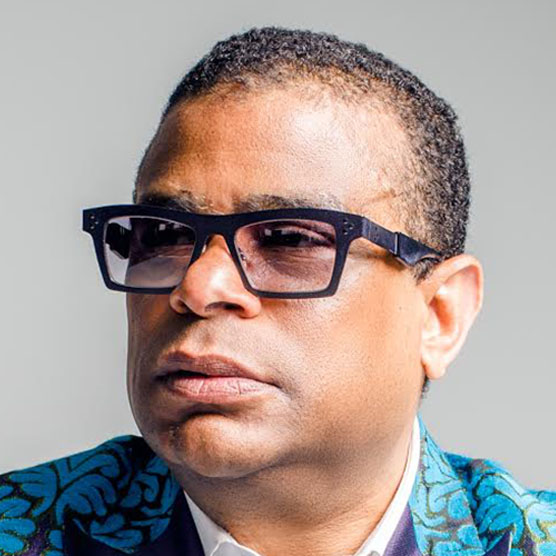 George Wayne likes to say that the reason he is 'a carnivore of popular culture' is because of People magazine and Interview. As a shy fourteen year old growing up in boarding school in the mountains of St. Elizabeth, Jamaica West Indies they were the first American magazines he had ever read.

He knew then that the glossy world of fashion, celebrity, music and well - pop culture was meant to be his future and his destiny. And for the last 28 years it has turned out to be that much and more.

His formative years as an ingenue in New York City were spent pursuing a career as a junior advertising copywriter for well known advertising corporate behemoths such as NW Ayer and working on accounts such as Burger King and JC Penney and the Bahamas Tourism Board.

The young writer/rebel left Interview to join the crown jewel conglomerate of the glossy magazine world Conde Nast. And its brand new imprint, Allure, where he was the first Contributing Editor on that particular mast head. After four years at Allure covering the whirl of the pret-a-porter collections from New York City to London and Milan and Paris the writer was wooed to join the diamond in the crown of Conde Nast. George Wayne was one of the first Contributing Editors asked to join Graydon Carter at Vanity Fair.

It was at Vanity Fair where George Wayne secured his firmament and his legacy as one of the most original and provocative and legendary arbiters of our popular culture. His regaled and legendary celebrity interviews for Vanity Fair for almost 25 years has set a new standard for the art of the interview. So much so that the iconic publishing house HarperCollins will be publishing what the writer calls a ''quasi-memoir'' and what will be a thorough and original compendium of his many legendary interviews for Vanity Fair.